*NOTE: Almost all info in this manual is subject to change before the final release of the game.

Ruler of the skies, the airship pirate lives for exploration and glory. Class stat bonus: Dexterity, Agility. Always searching for artifacts and a good fight with pirates who stand in her way. The airship pirate uses daggers as main weapon, crossbow, gun, shotgun, traps etc. 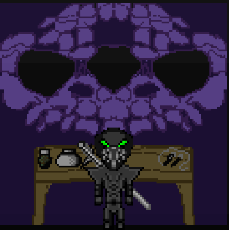 The Dark Knight is the most powerful warrior in the land of Anthropia. Class stat bonus: Strength, Vitality, Endurance. Coming from a strong empire of Dark Knights his father forged long ago. Strength and Vitality are the Dark Knights bonus. The Dark Knight uses a great hammer and fiery blasts to destroy his enemies.

The Emerald mage also known as the Druid, walks the path of nature controlling and protecting all the land, as well as commanding all animal type creatures. Class stat bonus: Intelligence, Wisdom. Elemental Magic and shape shifting is the Emerald Mage way of life.

Each class has one to five main attacks based their equipped weapon, as well as 2 power slots. These “Power slots” are used to set powers that are unlocked at each appropriate level. Crescent Hollow is an action based RPG so all combat is is in real time. Enemies will attack you as soon as they see you, or when you attack them in certain scenarios. You can use strategy, stealth and lite RTS elements to take down your enemies. While in your navel or airship you can be attacked by many ground or areal enemies such as birds, dragons, pirate, sea monsters etc. *When the player encounters an aerial enemy they will be able to use the cannons to shoot any flying enemy down. Be warned though, cannons are not unlimited! 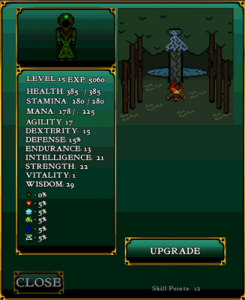 *After level 20 you will then get attribute points to spend on the chosen attribute, to further customize your characters stats yourself.

(*NOTE: The party system is subject to change a little) The party system consists of 3-4 party slots that can be filled with the default 4 classes in the game, as well as dozens of other creatures you command in the wild. Using the command scrolls you will have a 15% chance to command almost any enemy in game to make the perfect custom party. After obtaining command scrolls from the magical barracks you can then suck the spirit essence of that NPC into your command scroll to make a command card. You can then take the command card to the magical barracks to spawn the chosen NPC. “Party Units”cannot be resurrected in battle, and will need to be revived from the magical barracks. Keeping them alive and tending to them as much as possible is the best tactics. 2-4 Player Local CO-OP is available where the other players can take control of any active party units that player 1 has set. Each “Party Unit” can level up and have their own individual stats, and skills you can unlock at the barracks. 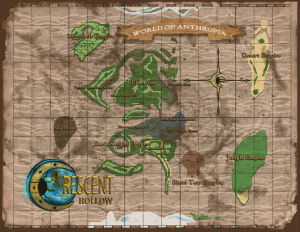 The world map is broken down into 3 overworld maps. The main ground overworld, the sky overworld, and the mysterious land. 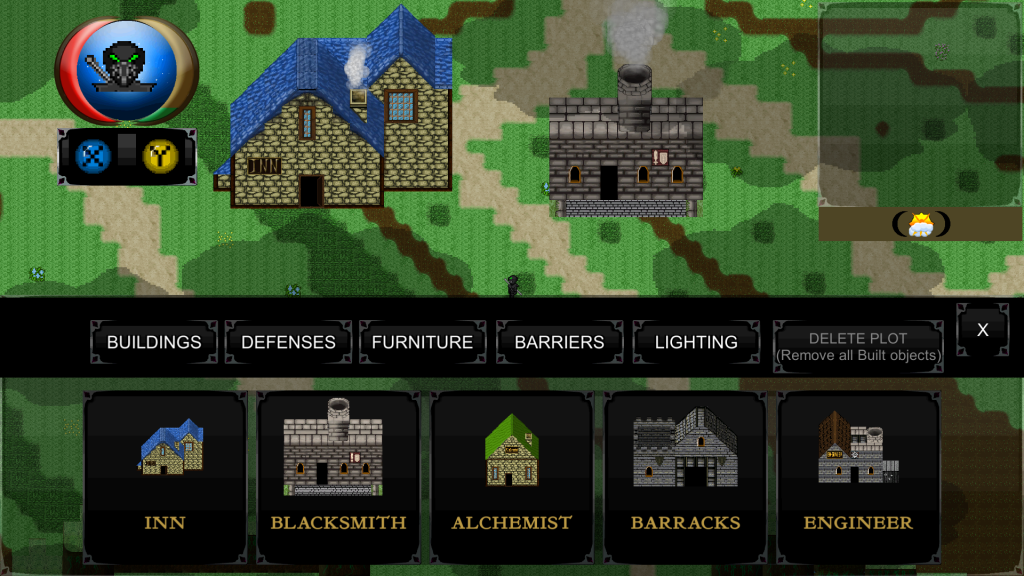 Once you get to a certain point in the main quest you will be able to build a small village or town all the way to an empire. Choose from a number of plots around the map to build in the perfect biome.  Customize each building, wall, prop, all the way to the interior of each building. As you progress through the game you will be able to unlock new building blueprints for new objects you can build. Farming will become available once you start a town/empire. Build mode is one part mandatory and second part optional.

Travel around the world to find many standard and exotic resources from enemies, and natural resources from the environment. Then take them back to a crafting station in any nearby town, or your very own player build town or empire to create the chosen crafted item. 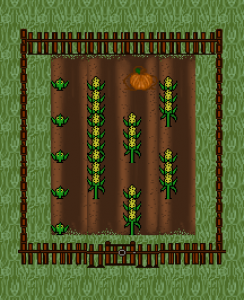 You will be able to setup a farm in your town/empire you build. The farm will feed your people as well as yourself.

Currently available crafting is Alchemy, Blacksmith, Engineering. The game will have default shops where you can buy the basics from each shop. After that you will need to setup a town or empire to have access to the full list of Alchemy potions for example.
[ENGINEER]

Create special potions that cannot be purchased at the default shops.

Create special weapons that cannot be purchased at default shops.

Many ancient and powerful artifacts exists in the world that allow each class to experience powerful new abilities that they could not normally have. They can be found scattered through the game world in many temples, dungeons, caves etc.

Crescent Hollow features a day night cycle as well as a calendar. Tougher enemies come out at night and the use of torches to see better at night are required in some areas. The calendar has 30 days that allow for special events and random encounters to occur anywhere in the world.

Your character will will have the choice to lay siege to any given empire or alternately help them out in a quest. (More info as you progress in the main quest)

To avoid any spoilers, the main quest is the only thing we are keeping under wraps, and leaving it up to the players to find out. We can assure you it is well thought out and should please many RPG fans.

There are very fleshed out side quests that are designed to be more fulfilling than your typical fetch quest. Expect more interesting and detailed side quests.